What This Congress Could Do To Thwart Trump 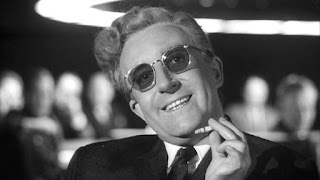 I realize, given the current state of the Republican Party, this is wishful thinking on my part, but sometimes wishful thinking is all you've got. So, in no particular order, here is a list of things this Congress could do to thwart what this president has done, or might do.

A presidential censure. No it's not nearly as gratifying as an actual impeachment, but it sends a clear and unambiguous message to Trump and the world. You embarrass this country, there's hell to pay. The last president to be censured was Andrew Jackson in 1834. I guess you could say we're overdue.

A bill to protect both Mueller and Rosenstein. It's clear that Robert Mueller is close to indicting Americans in the Russia investigation and some of them might be very close to this president. When that happens, the likelihood is that he will fire Rod Rosenstein and then appoint a replacement to fire Mueller. Congress can stop him in his tracks.

Subpoena Trump's tax returns. It's clear he's hiding something. The excuse that he can't release his returns because he's under audit is absurd. The real reason has to do with what's in those returns. The only way we'll know is if they're subpoenaed and released. My guess is once that happens, the whole world will know that the main source of this man's income is from Russian oligarchs, which not only makes him compromised as a president, but a traitor to the country.

Draft a bipartisan letter to Putin assuring him that all sanctions will remain in place. During the Obama Administration, several Republicans senators sent a letter to the leaders of Iran warning them that the deal they had entered into with the United States and several other countries to free up assets would not be honored in the event a future administration decided to walk away from it. Now would be a good time for a show of bipartisan support to let Putin know that regardless of whatever "deal" he and Trump may have agreed to in Helsinki that Congress has the final say.

Suspend all judicial appointments until the Mueller probe is concluded. No president who is the subject of a criminal investigation should be allowed to appoint judges to the bench. He may fill cabinet vacancies, but that's it. The idea that a potential Supreme Court justice could be the deciding vote in a criminal proceeding against the president who appointed him is the very definition of a conflict of interest. Once Mueller has released his report, and assuming that report exonerates Trump, then he can appoint all the judges he wants.

Demand that any future meetings Trump has with foreign leaders include at least one cabinet member to be in attendance, and that cabinet member must, under oath, testify before Congress as to what was discussed. The problem with the Helsinki summit wasn't so much Trump's embarrassing press conference, it's what may have been said in private to Putin. We have no way of knowing what shit-for-brains may have agreed to because the only people present in the room, apart from both leaders, were the interpreters. There may not even be a transcript of the discussion. That can never happen again.

Issue a joint statement reaffirming our commitment to NATO.  And along with that statement, both houses could pass a bill requiring that any changes in troop strength or funding for the alliance be approved by a two-thirds majority in both chambers. Just in case Trump has any plans to cede Europe to Putin, this would preempt them. Even if it isn't legally binding, it's better than watching this screwball play with Europe like he's playing a game of RISK.

Take away his ability to impose tariffs as long as he's in office. Thanks to the Trade Expansion Act of 1962, the president has the authority to impose trade tariffs through executive order. But Congress could rescind that authority by passing another bill with a veto-proof majority requiring that any proposed tariffs would need to get Congressional approval before being imposed.

Pass legislation requiring Congressional authority to launch nuclear weapons. While this may be last on the list, it is hardly least. And given his rhetoric towards North Korea and just about anyone else that sets him off - Canada, Mexico, China, Europe, Antarctica, etc... - this should be a no-brainer. It's nothing short of an embarrassment to acknowledge that you can't trust your own president with the nuclear football, but it's a helluva lot better than letting Dr. Strangelove start World War III.
censure Donald Trump Dr. Strangelove GOP NATO Robert Mueller Rod Rosenstein sanctions tariffs tax returns Vladimir Putin