Why Trump's "Blame the Victim" Strategy Will Backfire 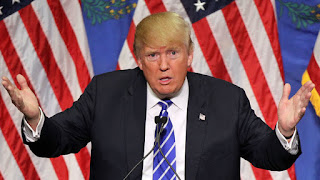 In a 1992 episode of Law and Order, titled "Helpless," Dr Elizabeth Olivett is raped by a gynecologist, Dr. Alexander Merritt. The ADA, Ben Stone, prosecutes Merritt, but cannot get a conviction because of Olivett's close ties to the detectives who were investigating the assault. Stone, however, has an idea. He decides to hold a press conference on the steps of the courthouse, and Merritt, with his attorney, shows up. Merritt looks at the camera, smiling, while his attorney lauds her client's innocence.

A couple days later, Stone has Merritt arrested and brought to his office. Both he and his attorney are aghast that Stone would do such a thing, knowing that double jeopardy was attached in the acquittal. Stone reaches for a case, throws it on the table and says to Merritt:

"Fifty-four women you either raped, molested or abused. In the future, sir, stay off the evening news."

There's an old saying in corporate America: Nothing kills a bad product better than good advertising. And for the last week, Donald Trump has been doing an awful lot of "good" advertising. Good to the extent that he has chosen to blame the women who have come forward in the wake of the Access Hollywood tape and accused him of sexually assaulting them. He has declared himself as the true victim in a giant conspiracy between the media and the Clinton campaign to get him.

It's the sort of strategy that will, undoubtedly, solidify his base, but I submit it will end up costing him whatever shot he has of winning the presidency. The reason could not be clearer. For women, sexual assault is not a made-up issue; it is one that many of them have dealt with throughout their lives. The sight of a man on a stage not only failing to acknowledge his transgressions, but then blaming the victims of the abuse, is triggering to them. It not only dredges up the hurtful memories they have - memories that many of them have suppressed - it has the unintended consequence of riling them up and providing the impetus to come forward and be heard. Michelle Obama's poignant speech spoke to these points.


It is cruel. It's frightening. And the truth is, it hurts. It hurts. It's like that sick, sinking feeling you get when you're walking down the street minding your own business and some guy yells out vulgar words about your body. Or when you see that guy at work that stands just a little too close, stares a little too long, and makes you feel uncomfortable in your own skin.

It's that feeling of terror and violation that too many women have felt when someone has grabbed them, or forced himself on them and they've said no but he didn't listen — something that we know happens on college campuses and countless other places every single day. It reminds us of stories we heard from our mothers and grandmothers about how, back in their day, the boss could say and do whatever he pleased to the women in the office, and even though they worked so hard, jumped over every hurdle to prove themselves, it was never enough.

This is not normal. This is not politics as usual. This is disgraceful. It is intolerable. And it doesn't matter what party you belong to — Democrat, Republican, independent — no woman deserves to be treated this way. None of us deserves this kind of abuse.

And I know it's a campaign, but this isn't about politics. It's about basic human decency. It's about right and wrong. And we simply cannot endure this, or expose our children to this any longer — not for another minute, and let alone for four years. Now is the time for all of us to stand up and say enough is enough. This has got to stop right now.

Because consider this: If all of this is painful to us as grown women, what do you think this is doing to our children? What message are our little girls hearing about who they should look like, how they should act? What lessons are they learning about their value as professionals, as human beings, about their dreams and aspirations? And how is this affecting men and boys in this country? Because I can tell you that the men in my life do not talk about women like this. And I know that my family is not unusual. And to dismiss this as everyday locker-room talk is an insult to decent men everywhere.

The men that you and I know don't treat women this way. They are loving fathers who are sickened by the thought of their daughters being exposed to this kind of vicious language about women. They are husbands and brothers and sons who don't tolerate women being treated and demeaned and disrespected. And like us, these men are worried about the impact this election is having on our boys who are looking for role models of what it means to be a man.

As a man, I was deeply moved by the First Lady's words, but I was also ashamed; ashamed of the scars so many men have left on women over many, many decades and centuries. None of us can ever know the cross so many of them have had to bear. The catcalls, the whistles, the rationalizations of disgusting behavior that cannot be defended. But Trump and his surrogates defend it nonetheless. Without the slightest bit of remorse or empathy, he defiantly exonerates himself from any wrongdoing while shaming the wronged.

But like that gynecologist, who smugly mocked his victims on camera, the wrath that is coming for Trump, hopefully, will be just as definitive. My gut tells me that an overwhelming majority of women in this country are going to make their voices heard loud and clear on November 8. And it wouldn't surprise me if a large percentage of men do the same. Hillary Clinton may not get a majority of them to vote for her, but Trump's deplorable conduct will slice into his lead with them.

It is both ironic and sort of sad that this, of all things, should be the last straw in his pitifully depraved campaign. Over the last seventeen months, Trump has defamed and slandered Mexicans, Muslims, war heroes, the handicapped, African Americans, reporters, and every opponent who has gone up against him. And none of those attacks has been enough to bury him. But going after women - predominantly white women - has proven to be his Waterloo.

They say hell hath no fury like a woman scorned. If that is true, I suspect Trump is about to find out just how hot the fires of hell can be.
2016 election Donald Trump Hillary Clinton Michelle Obama Presidential election sexism sexual assault