January 25, 2014
Well, so much for the semi-annual format I used last year. Not only wasn't it more efficient, turns out there were far too many worthy nincompoops who slipped by my net. While it's more work reverting back to a monthly installment, I find it far more refreshing than having to wait six months and hope my memory - not to mention my stomach - holds up.

This month's winners - all four of them - probably would've made a semi-annual cut, but why take the chance, especially when it's fresh in my mind. Nothing like getting while the getting's good, I say.

So, without further ado, the envelope please:

Mike (Uncle Sugar) Huckabee for his remarks on women's libidos. Well, so much for the rebranding effort. Seems old Huck is taking a page out of the vaunted annals of Todd Akin and Richard Mourdock. Last Thursday he made some comments about women that, let's just say, didn't go over too well. 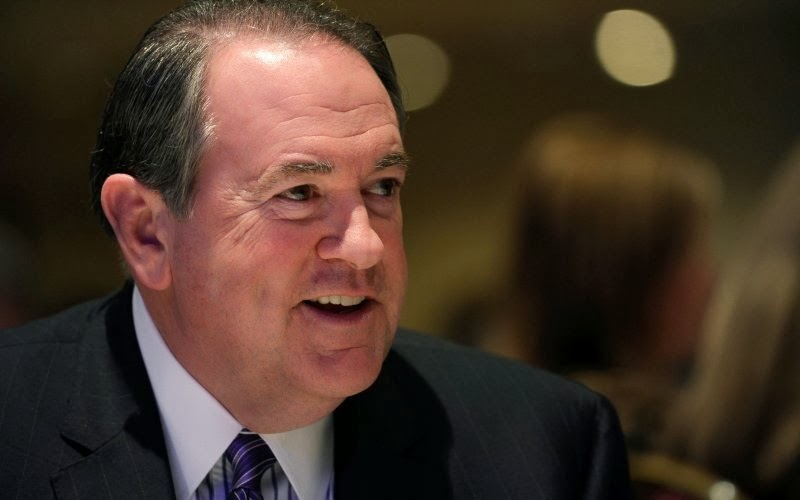 "If Democrats want to insult the women of America by making them believe that they are helpless without 'Uncle Sugar' coming in and for providing for them a prescription each month for birth control because they cannot control their libido or reproductive system without the help of the government - then so be it."

No matter how many times they tout the "progress" they've made to with respect to their "tone," it seems Republicans just can't help themselves when it comes to social issues. Like a drug addict, they can't resist the urge to light up and get high on their ignorance.

The good news about Huckabee's faux pas is that his chances of winning a national election in 2016 just went from slim to none; the bad news is that his prospects for winning the Republican primary improved considerably. Move over Rick Santorum; you've got some competition for the GOP's biggest jackass award.

The Republican Party for allowing (insisting) on three responses to the President's State of the Union Address: Remember the good old days when the GOP wasn't insane?  I know it's hard, but try. Seriously, THREE responses? As strange as it may seem, the GOP is really going forward with this charade, according to the Daily Kos and Mediaite. 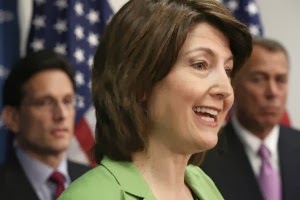 The first response will be the "official" one and it will be given by Congresswoman Cathy McMorris Rodgers, I suppose in a desperate attempt to try and convince as many gullible people as possible that there are still some women left in the GOP. The second one will be given by Tea Party senator Mike Lee, who I can only surmise is trying his best not to be seen as Ted Cruz's lackey. And rounding out the field will be Rand Paul, because, well, he's Rand Paul and he's "special." With a name like Paul, you know it's going to be "out there."

All three will be white and as non-ethnic looking as possible. No Herman Cain's or Marco Rubio's to muddy up the tainted water. You know, when they write the history of the GOP's collapse, I fully expect this night to get its own chapter.

Sandy Rios, for insisting that black racism is the cause of white racism. File this under blaming the victim for getting in the way of the bullet. In the rankest form of self-justified bigotry, Rios not only dismissed white racism as being a thing of the past, because in her words, the nation "elected Barack Obama twice," she insisted that the "bitterness and rage" of black people are responsible for any lingering white racism. 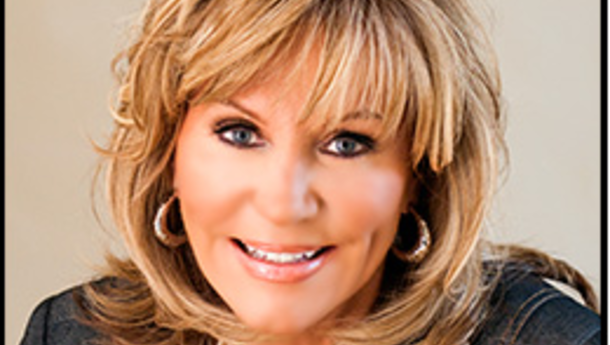 Oh, okay. So, to sum up Rios' demented view: white racism doesn't exist, but just in case it does, then it's the fault of angry black people like Obama and Eric Holder. If you're looking for a better definition of convoluted logic, stop looking. You won't find a better one. This sort of drivel comes straight out the KKK manual. It's been used time and time again to try and justify a national problem; one that not only isn't a thing of the past, but is alive and well and thriving among us today.

Yes, it's those angry (and let's just get it out of the way and say it, ungrateful) Negroes who keep provoking us innocent and benevolent white folk into fits of racism. Yes, George Zimmerman was just minding his business when Trayvon Martin crossed his path. He didn't want to kill him; it was the hoody that made him do it.

And what do blacks have to be angry about anyway? It's not like their right to vote is being threatened or that the unemployment rate for them isn't twice that of whites. And just look at those wonderful neighborhoods they live in, complete with burnt out tenements and dilapidated schools.  And just for kicks, the local authorities even take the time to stop and pat them down just to make sure they don't pose a threat to all the other Negroes or, God forbid, any innocent and obviously lost white bystanders. No, nothing to see here. Move along now.

MSNBC for switching from a genuine news story to cover Justin Bieber. I had to see this with my own eyes to believe it. MSNBC's Andrea Mitchell was in the middle of an interview about the NSA, which, unless you've been living in a cave somewhere, has been one of the top news stories over the last year or so, when she suddenly interrupted her guest, former Congresswoman Jane Harman, for "breaking news out of Miami."

And that news? Justin Bieber had been arrested. For what? Who gives a shit?

If you're looking for proof positive that main-stream journalism in this country is dead, here it is, in living color. I personally don't care whether it was Mitchell's decision to break away from the NSA story to cover this nonsense, or whether the decision was made by her "superiors." The point is if you feel obliged to report on a trivial event, then at least have the decency to wait until you've finished with the important one. The goal of a cable news channel ought to be to report news, not out scoop the E channel.
Andrea Mitchell GOP Mike Huckabee MSNBC racism Republican response State of the Union women's rights