All Gates Are Not Equal 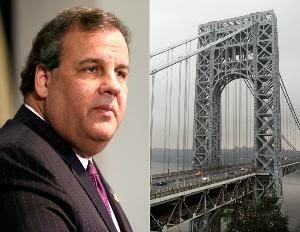 Well it didn't take long for the wingnuts on the Right to start in with their false equivalency arguments over Chris Christie. Fox News barely mentioned the controversy surrounding him, instead calling it a distraction. To sum up, the main-stream media is paying way too much attention to what they basically say is nothing more than a traffic snarl while, naturally, ignoring far more sinister scandals like Benghazi and the I.R.S. Yes, the bubble people are all up in arms because emperor in chief, Barack Obama, has gotten a free pass while the governor of New Jersey is under the microscope.

I can't imagine what it must be like living in such an alternate universe where up is down, down is up, fantasy is reality and reality is dismissed as nothing more than the machinations of a liberal-elite media.  My God, even paranoid people aren't that far out. But the bubble people, they remain defiant and resolute.

For the record, the Benghazi and the I.R.S. "scandals" are not the equivalent of what has now been called Bridgegate. For one thing, we now know, thanks to The New York Times, that the attack in Benghazi was indeed triggered by the movie Innocence of Muslims and that the attackers had no direct connection to Al-Qaeda. While mistakes were made, there was no conspiracy and certainly no cover-up.

As far as the I.R.S. is concerned, records prove conclusively that both conservative and progressive groups were targeted. In fact, the only group denied 501 c status was a liberal group. Not one conservative group was denied. There was never any attempt to go after anyone for political purposes. The only reason these "scandals" are still alive is because the Right refuses to let them die.

By contrast, the growing scandal involving the lane closures on the George Washington Bridge is quite real and, might well have led, however indirectly, to a fatality. Laws were broken and the cover-up may well bring down a sitting governor. The analogy to Watergate is striking.

Whether conservatives like it or not, not all Gates are equal, or, for that matter, real.