April 19, 2012
Whew, that was close!  For a while there I thought I was going to have to change the name of this piece from Idiots’ Delight (plural) to Idiot’s Delight (singular), such it seemed was the difficulty in finding multiple instances of idiocy on an equal footing in a given month.  Fortunately showers and May flowers aren’t the only things April brings.  Indeed this month, as if making up for past months, I am proud to announce that four candidates will share the vaunted spotlight.
So, without further ado, let’s have at it. 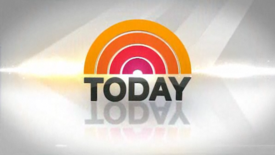 NBC, for the edited version of the George Zimmerman 911 tape:  In a move that would’ve made Andrew Breitbart proud, NBC’s The Today Show ran what turned out to be an edited portion of a 911 taped call between George Zimmerman and the police dispatcher on the night Trayvon Martin was fatally shot, in which Zimmerman is heard saying, “the guy looks like he's up to no good... he looks black.” The only problem is that Zimmerman doesn’t comment on the color of Martin until he is asked by the dispatcher. The edited version makes it seem as though Zimmerman was inferring that Martin’s color was what made him “up to no good.”
It’s bad enough that NBC didn’t immediately catch the error – and until we know differently, it was an error and doesn’t appear to be malicious – but after conducting an extensive review of the matter, NBC fired the producer (without releasing the name), disciplined several others who were involved and then blamed the incident on – I hope you’re sitting down for this one – trying to make the segment fit into the allotted time slot.
I’d call this excuse lame, but I’m afraid that would be doing a disservice to the word lame.  If that’s the best a network with the pedigree of NBC can do, then heaven help them and us all.  This is the sort of incident that not only gives the whole industry a black eye, but only serves to gin up the wingnuts on the Right who are already convinced that the main-stream media is in the tank.
Here’s a suggestion for the “producers” of The Today Show; the next time you need a few extra seconds to do your job as journalists, try taking them from some other segment of the show.  I really don’t give a shit what Sarah Palin thinks about Oprah Winfrey, and neither does anybody else with half a brain. 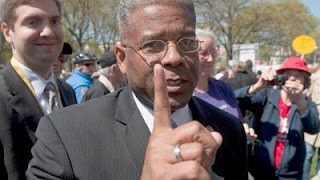 Allen West (R-Fla.), for calling Congressional Democrats Communists:  Apparently the freshmen representative from Florida has watched The Manchurian Candidate one too many times; he sure has James Gregory down to a tee.  Gregory played the role of Senator Iselin, the McCarthy-like buffoon, who maintains that there are known Communists in the Defense Department.  Of course, Iselin can’t seem to make up his mind as to just how many Communists there are.  At least West has been fairly consistent with his idiotic claim: somewhere between 78 and 81.
While West has had a long and storied career of putting his foot in his mouth – his charge that Democrats are like the Nazis during World War II was a beaut – this latest episode is absurd, even for him.  Much as I enjoy seeing Republicans making fools of themselves, West’s antics underscore just how deteriorated politics has become in this country.  Demagogues like West now dominate what’s left of the GOP and, in so doing, deny the electorate a legitimate chance to debate the issues at hand.
Well the Florida Republican legislature has decided to take matters into its own hands.  In a surprising move, they have voted to redraw West’s district to include more registered Democrats.  No the GOP isn’t mad; my guess is that they’ve had enough of West and his nonsense.  By sacrificing the Florida 22nd, the hope is that the Party can begin to elevate its status among independent voters who will be key, not just this year but going forward.
Now if only Texas could do the same to Louie Gohmert.  I guess that’s asking a bit too much.
Conservative Criticism over President Obama’s Introduction of To Kill A Mockingbird: We’ve heard every possible slight and insult thrown at this president since the day he was sworn into office – and even before – but this one takes the cake.  Conservatives – well at least the far-right contingent – are all up in arms because Obama had the audacity of introducing on the USA network a landmark film celebrating its fiftieth anniversary.  Somebody pinch me; I must be dreaming.  America can’t be this crazy.
The theme of the film is, of course, prejudice, so naturally by introducing the film, the President is race baiting, just like he always does.  Somehow, in their demented world view, Atticus Finch has become the voice of the Tea Party patriots who are trying to free the country from the tyranny of Obama’s Bob Ewell.  Tom Robinson, naturally, is the poor Constitution on trial for its life.
Every time I hear some white idiot go on about how the only racism that occurs these days is black on white, I go back to this movie, or perhaps the more brutally honest Mississippi Burning.  To the best of my knowledge I’ve never heard of a white man being strung up by a black man because of the color of his skin.  I have just one question to ask any white man who feels his burden is too great to bear.  Would you trade places with a black man or a Latino woman?  If the answer isn’t an immediate and unqualified yes, do me and the rest of the thinking white race a favor and SHUT THE FUCK UP!  You’re wearing us out. 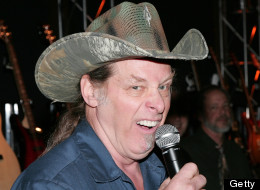 Ted Nugent for being a complete ass, again:  This time, old Ted may have gone a bit too far.  Apparently the Secret Service has taken notice of some of his recent comments concerning the President.  So that there is no misunderstanding or contextual controversy, I thought we’d hear it straight from the horse’s ass, err, mouth.
“If Barack Obama becomes the president in November, again, I will be either be dead or in jail by this time next year.”
There is no other rational way to interpret the meaning behind the obvious threat contained in those words.  If his lame attempt at a one hit wonder – Cat Scratch Fever is so bad, it makes Thin Lizzy’s The Boys Are Back in Town seem like Born to Run by comparison – hasn’t landed him in jail for impersonating a rock star, then it’s fair to say that he isn’t the jail type.  So when he says he will be dead or in jail, you can bet the ranch it wouldn’t be for jay walking.
The real problem here isn’t the idiotic statement by a washed up ‘70s has-been that’s about as genuine as his lyrics.  It’s the way in which those words might encourage people even stupider than Nugent to possibly try their hand at something far more dangerous than simply being an asshole.  This has been my number one concern pretty much from day one – and apparently it’s the number one concern of the Secret Service.  The pent up rage and hostility of unbalanced racists who don’t need much ginning up to convert their overt feelings of hatred into overt expressions of violence.
One nut job is all it would take to create a national tragedy.  Nice goin' shithead.