Walking and Chewing Gum at the Same Time 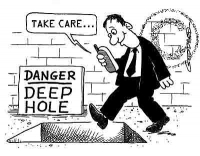